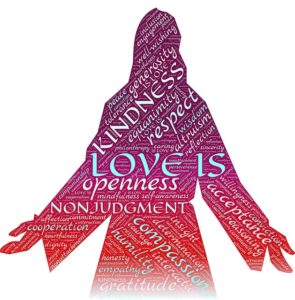 It’s not a secret in my family that I am “directionally challenged”. In the years before GPS was commonplace, I completely relied on my 3-inch thick map book to get around. I could drive somewhere and get completely turned around on the way home. Heaven help me and my sister when we are driving somewhere together- this problem seems to be genetic!

If I’m following someone, however, then I’m fine. I don’t have to stress about getting lost or turned around.

We heard a sermon last week and the pastor talked about following Jesus. We’ve heard that phrase over and over. But think about what “follow” means.

In Isaiah 48:17, God tells the nation of Judah “I am the Lord your God, who teaches you what is best for you, who directs you in the way you should go.” At the time, the Israelite’s were “parked” in the city of Jerusalem. They were feeling pretty confident that being Gods chosen people and hanging out in the temple was enough. They weren’t following- spiritually or physically. They weren’t growing in their relationship with God. Are we the same today? Going to church, calling ourselves Christians, but just parked?

I love the story of Jesus as the Good Shepherd. In Bible times, sheep were raised mostly for wool, not meat. The shepherds cared for their flocks closely, sleeping near them at night, protecting them from thieves and animals. Most pens were communal, so many flocks and their shepherds were in one pen or cave. In the morning, the shepherds would call to their flocks, and only the shepherds own sheep would follow them out of the pen. Amazingly, these sheep were so used to their own shepherd’s voice that they would refuse to follow the voice of a stranger.

Jesus says “I am the Good Shepherd”-John 10:11. He calls to us, his flock, to lead us and protect us. We need to be listening to his voice, and following him where he leads us. His voice should be so comforting and familiar that we would never follow a stranger’s voice. How do we become familiar with his voice? We have to immerse ourselves in his words until they pour out of us and produce the actions in our lives that reflect Him.

Do you remember the WWJD craze? That was basically a way of following Jesus. It meant taking what we had learned from Jesus’ teachings and applying it to every aspect of our life. It meant living as if Jesus was right in front of us, and we were following His every lead. It takes discipline and hard work. Our human nature, of course, sometimes gets in the way. We follow our own dreams; do our own thing. I’m so thankful for the correcting voice of the Holy Spirit who not only gives me the help I need to be a faithful follower but the nudges I need to give Him control over my life.

Romans 8:28 says “We know that in all things God works for the good of those who love Him.” When I first read that, I thought the “good” meant a lack of “bad.” Then I learned the “good” is being transformed into the likeness of Christ. We can be sure that no matter our circumstances, good or bad, He is using them to make us more like His Son. We just have to follow.

How can you be a better “follower”? A better listener to His voice?

Are there areas in your life where you are “parked”?